Do You Want It To Work Or Not?!

Do You Want It To Work Or Not?!

I wish I had asked that very simple and straight forward question back then. I know it would have saved us both a lot of stress and emotional pains.

I am not one who is shy or unable to go for what she wants but I know once I fix my mind on a decision, it takes a lot of grace to help me unwind to see a sense in any alternatives. And I guess that was where I got it wrong.

Going back in time to that particular day, I see it was a cloud of letting on advices received from third parties who I supposedly thought had more experience in the relationship thing and also the unshaken, unapologetic/unremorseful stance of my ex that aided my consenting to that decision thrown at me. What effrontery! I thought… coming to my face to shove the breakup news after really being the cause (or so I thought); well I’m trying to be neutral here because I really wouldn’t say I know for sure whatever must have “walked” around in his head before making such rash conclusions.

…and this is to teach married couples how that your marriages should only ever be a strong three-fold-cord to include YOU, YOUR SPOUSE AND YOUR GOD. Yes, there may be times you would need to seek counsels, but remember to only seek wise and godly counsels; and you’ll still have to test to be sure.

We could have tried to work it out, I’m sure we could have. The main and firsthand things were already evident – we liked each other a lot, the chemistry was there, the personal and physical qualifications each of us wanted in our partner was there, else

why would we have connected and actually gone as far as taking the step to dating. Or maybe the dating stage was what cleared the air that we weren’t what we each wanted then? Anyways, I had been unable to push with questions as my usual self might have. Was I taken aback by the actual news? I don’t know. So sure, I think I was expecting it but maybe a small corner in my heart never really believed it could come and that easily too and without a true effort from the other party (- maybe that one is my thought too). Whatever it was, it is past now.

Only if we had really talked it through. But no, we both became irrational.

Could it have been pride, or stubbornness or impatience? I’ve never been sure of what.

Still I boldly will say that I have no regrets. Were there mistakes which we probably wished we could reverse made during those periods we were together? Oh so yes! We only behaved as humans. But speaking for myself here, I must say that I learn to move forward very fast; I’ve had my fair share of life’s troubles that I now know that brooding does more harm than any good. So did he also move on? I absolutely believe so. Call me selfish, call me irrational, but I believe he even had more time than I did to come to terms with the “moving on” thing because he definitely must have processed it well before owning up to such action. Or don’t you think??

Even more, he took the bold step to cut it all off, He was very well finished.

But I believe him still… he must have tried. At least I know I would have, and very deeply too before doing any such thing as he did.

Okay, know this, I most definitely do not fault any of those two parties above with any of the decisions they made. They acted in their best possible interest at the point.

What’s the point of writing all of these? What exactly am I driving at here, right?

Before letting something you supposedly cherish go to ruins, test to know for sure that you gave it your best shot. Maybe I didn’t get my chance at doing that with the above scenario, and don’t blame me. You ask why?

I was ready to push it through. Call me stupid, call me dumb, but I never let go of what I 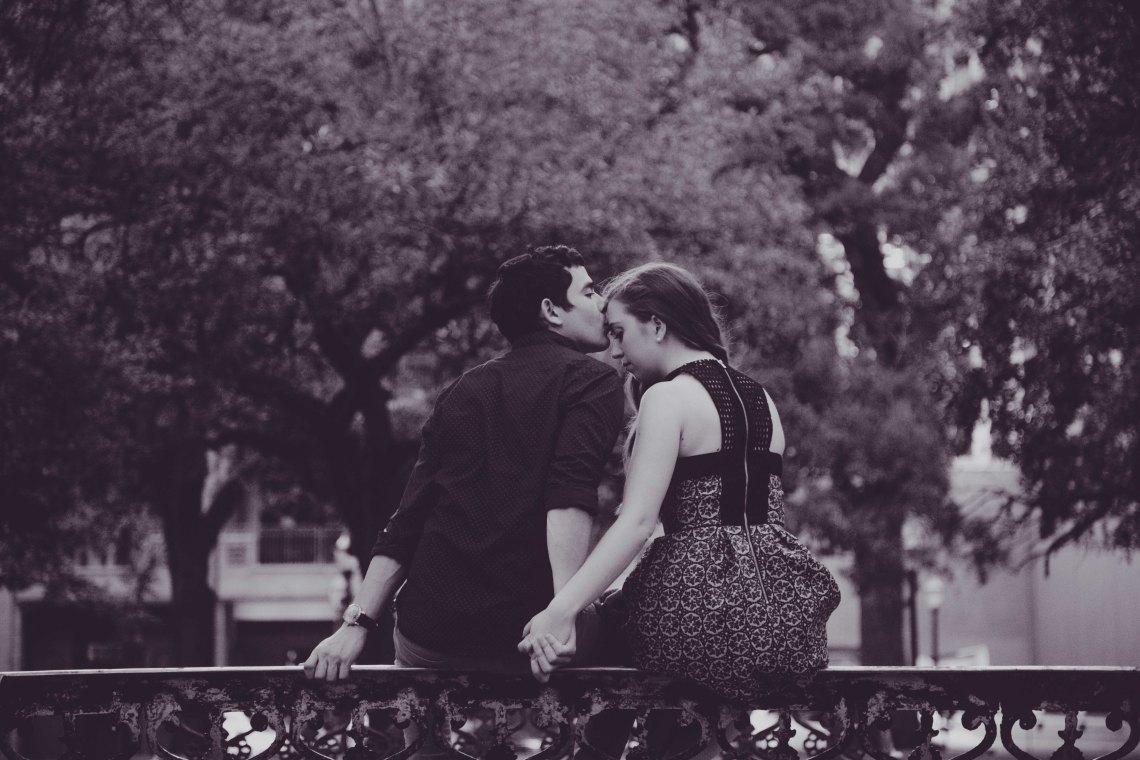 am totally sure I want. I persevere. My only exception is when I hear that still voice urging me to do otherwise. So you ask, “Did I hear it”? I had my reasons for dropping it then and I absolutely know it was worth it, else, why do I feel my peace back, or then you say, “Why am I then still talking about it”? Whatever happens later, I know God has got it and He has got me too and I totally believe and trust in Him.

So when still in the dating stage, you are absolutely at liberty to weigh as much advice as you get. It is the learning stage where everything is possible and needed. That stage that makes all things glitter as gold. The stage you get so blind to thinking love is actually that blind and stupid, then go as far as patching the loose ends. Hey, my dear! Your eyes will soon “come down” then open! Those mushy feelings jumping around in your stomach will settle then you begin to notice all those things you possibly in your wildest dreams never would be able to condone. But then, it could all be so late already and in the marriage stage.

Yet I still believe, with as many flaws as you both possibly could have, intentionally agreeing to work on it means you see you can move past it by either correcting; totally taking those flaws out or by adjusting; knowing how to efficiently not let it be the back-stab to all you have and want to enjoy.

You could have it all. After of course first consulting with God the omnipotent and all knowing on what His stance is on that particular matter.

So whatever may have been the issue you both are currently facing in your relationship, it is that time to take a step back, sit and actually talk. Ask yourself this question first – “Do I want it to work or not?” and “How far do I want the relationship to go?” Whatever your answer is there will determine if you will take the next step of then asking your partner this same question to find out for sure what he or she wants and not merely assuming you are on the same side.

You can get all you ever dreamed of, only if you spoke then consciously worked at it – and this is in all matters of life.

Hey there, welcome to my blog; a faith, relationship and lifestyle blog. Thank you for the opportunity to share my world and knowledge with you. Stay with me as we cruise and explore on life matters as it relates to me and you.

WHY DO GUYS CHEAT!?

Should You Share Your Deep Dark Secrets With Your Partners?

Giving Your Time In True Friendship.

It is Loving beyond Receiving

Hey there, welcome to my blog; a faith, relationship and lifestyle blog.
Thank you for the opportunity to share my world and knowledge with you.
Stay with me as we cruise and explore on life matters as it relates to me and you.

RAPE: An Act That Can Occur From Both Genders?

In This Reckless World called Earth

There is just so much happening in the world right